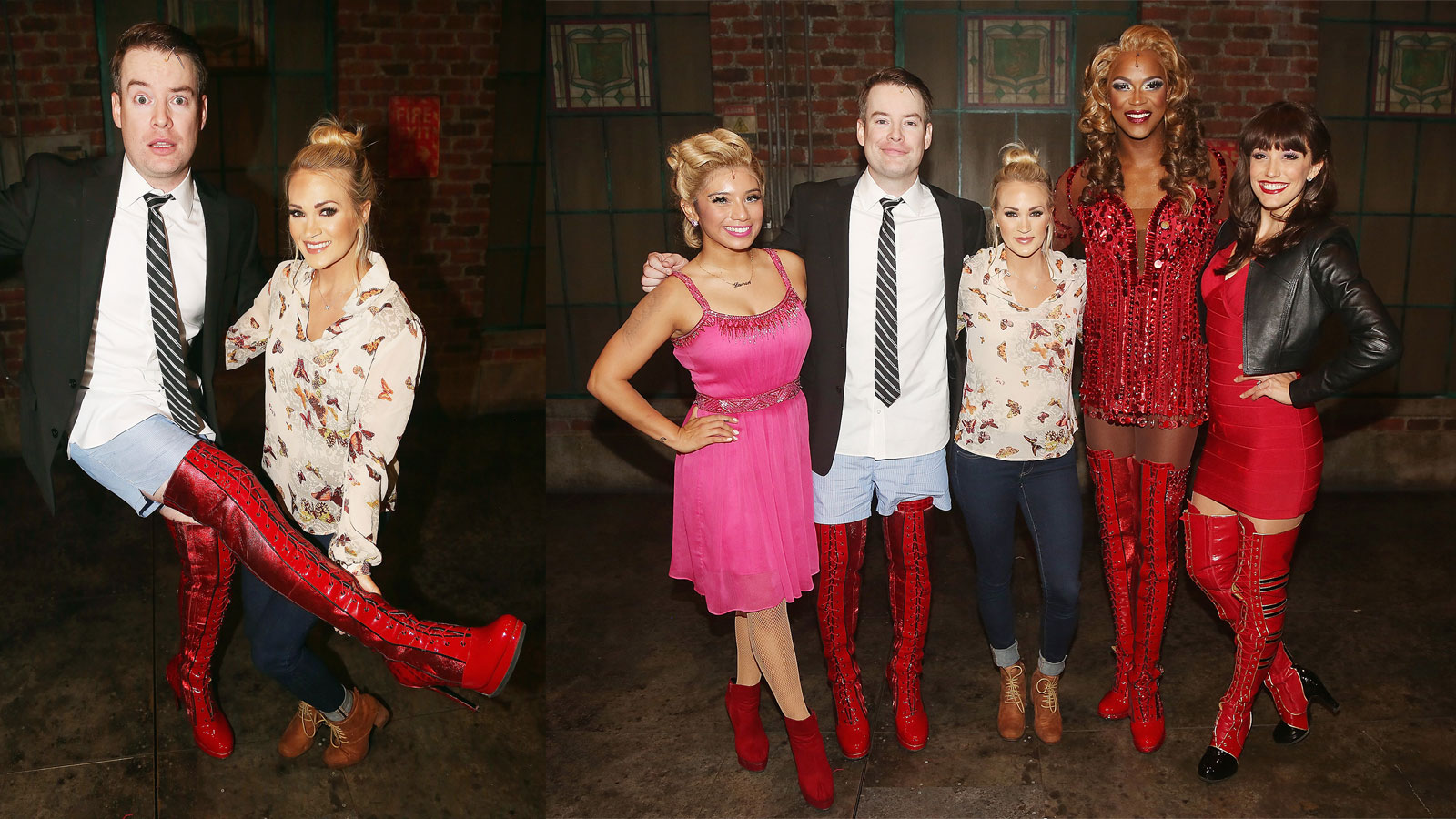 Carrie Underwood always has time to support a friend!

Before returning to the public eye in April at the Academy of Country Music Awards, Underwood had kept a relatively low profile as she recovered from a frightening fall in November, which left the singer with a broken wrist and facial injuries that required her to get over 40 stitches.

While spending time together backstage, Underwood and Cook, who is playing Charlie Price in the musical through Saturday, posed together and shared a silly moment where Cook appeared to be preparing to jump into Underwood’s arms.

Earlier today, David took a moment to thank Carrie on social media, along with Maddie Ziegler, who also came out to see the show Wednesday night and visit with David backstage.

Thanks to @carrieunderwood and @maddieziegler for coming out to @KinkyBootsBway last night! And thanks to @kirstin for helping me not fall over off camera in the Carrie photo! 📸 by @bruglikas for @KinkyBootsBway pic.twitter.com/LkceMrwN7L

Had a great time in NYC! If I can, when I’m there, I love to see talented people doing amazing things! So, naturally, I wanted to go see @thedavidcook in @KinkyBootsBway !!! We had so much fun! Thanks to the cast and crew for taking such good care of us! ❤️👠 pic.twitter.com/QLsaOPE3xy