David Cook and his Team for a Cure – Making a Difference 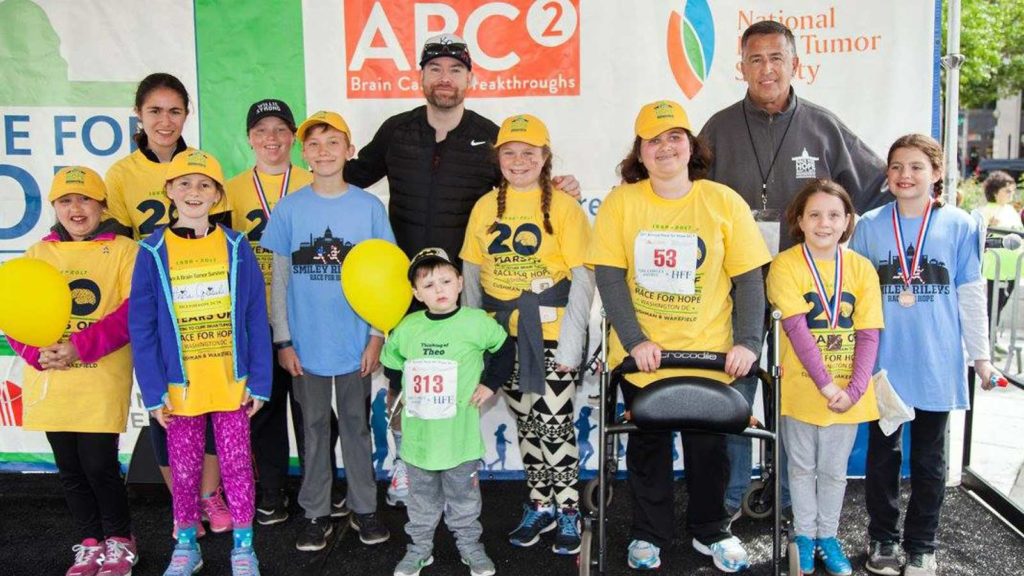 The 2017 Race for Hope in Washington D.C. was another great success this year, with more than 9,000 registered participants and nearly 500 different hard-working teams collectively raising a grand total of approximately $1.7 million by race day to benefit ABC2 and the National Brain Tumor Society.

David Cook and his Team for a Cure raised an amazing $101,000+ in donations by Race day (including live stream proceeds that have not yet been added) and were recognized as the top fundraising team, once again! Over the past nine years, David and his fans have raised over $1.2 million for brain cancer research through the Race for Hope and other fundraising projects.

David spent time the Friday before the Race with Team for a Cure members able to attend a Team event this year entitled “TRDC – Total Request David Cook”. The event, which was also live streamed (with all proceeds benefiting the Team), included David singing a selection of songs chosen by fans, who voted with their donations. The Team reached and then exceeded it’s $100,000 goal during the benefit concert, and David treated them to a first-listen of his upcoming single, “Gimme Heartbreak”.

To learn more about the Race for Hope-DC, David’s Team for a Cure, and to make a donation, please visit curebraintumors.org.