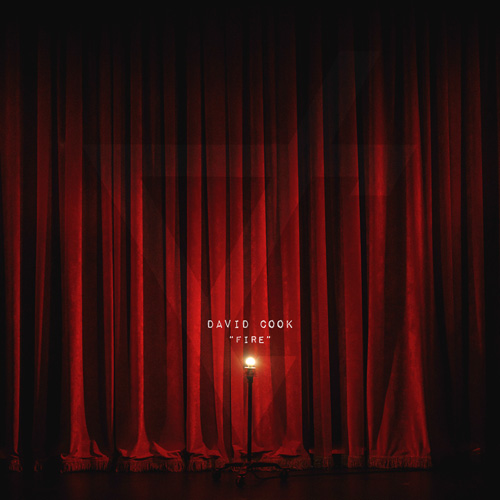 NASHVILLE, TENN. – Musician/actor David Cook announces first performances with a full band in over a year to support his highly anticipated EP The Looking Glass (out April 16, 2021). Broadcast on concert live streaming platform Mandolin from Ocean Way Studios in Nashville, he will perform three shows: Sunday, April 18, The Looking Glass EP release show; Sunday, May 2, a fundraiser to benefit The National Brain Tumor Society; and Sunday, May 16, an extended set highlighting his newer offerings and additional songs from his catalog. All shows to begin at 7 pm CT and tickets are available at the BOX OFFICE (each show includes a 48-hour replay window for ticketholders).

David is also happy to announce the U.S. leg of his 2021 tour beginning September 11 in Cincinnati and continuing to the Northeast before wrapping in Columbus, OH on September 25th. It will be followed by his previously announced co-headline tour with Kris Allen billed as “Dave & Kris Go to Europe Acoustic Tour” scheduled for October 2021.

The Looking Glass EP is a six-song set recorded in Nashville with producer Andy Skib. Earlier this week, David premiered the third single “Fire” on Parade Magazine: “‘Fire’ combines a driving rhythm with a jubilant sense of want that is palpable.”

In 2020, David released two singles from the EP. The first, “Reds Turn Blue,” a nod to the manic highs (reds) and lows (blues) of anxiety, something David has struggled to overcome since his season seven win on American Idol. As David told People.com, “This song became a therapeutic process for me, as a way to personify my anxiety and make it something other than me — which in an odd way has helped me navigate my relationship with it.” To capture that struggle, David worked with artist Justin A. Nixon to create a visual that was, “sci-fi and sinister” but left open-ended to represent “that constant battle between anxiety and myself.”

And the second, “Strange World,” is “my homage to this year,” said David. “Staring out of windows at the world outside, feeling disconnected from it, and trying to find those moments that would normally exist outside, inside.” The Looking Glass EP will be released on April 16, 2021 with live stream and tour dates to follow.