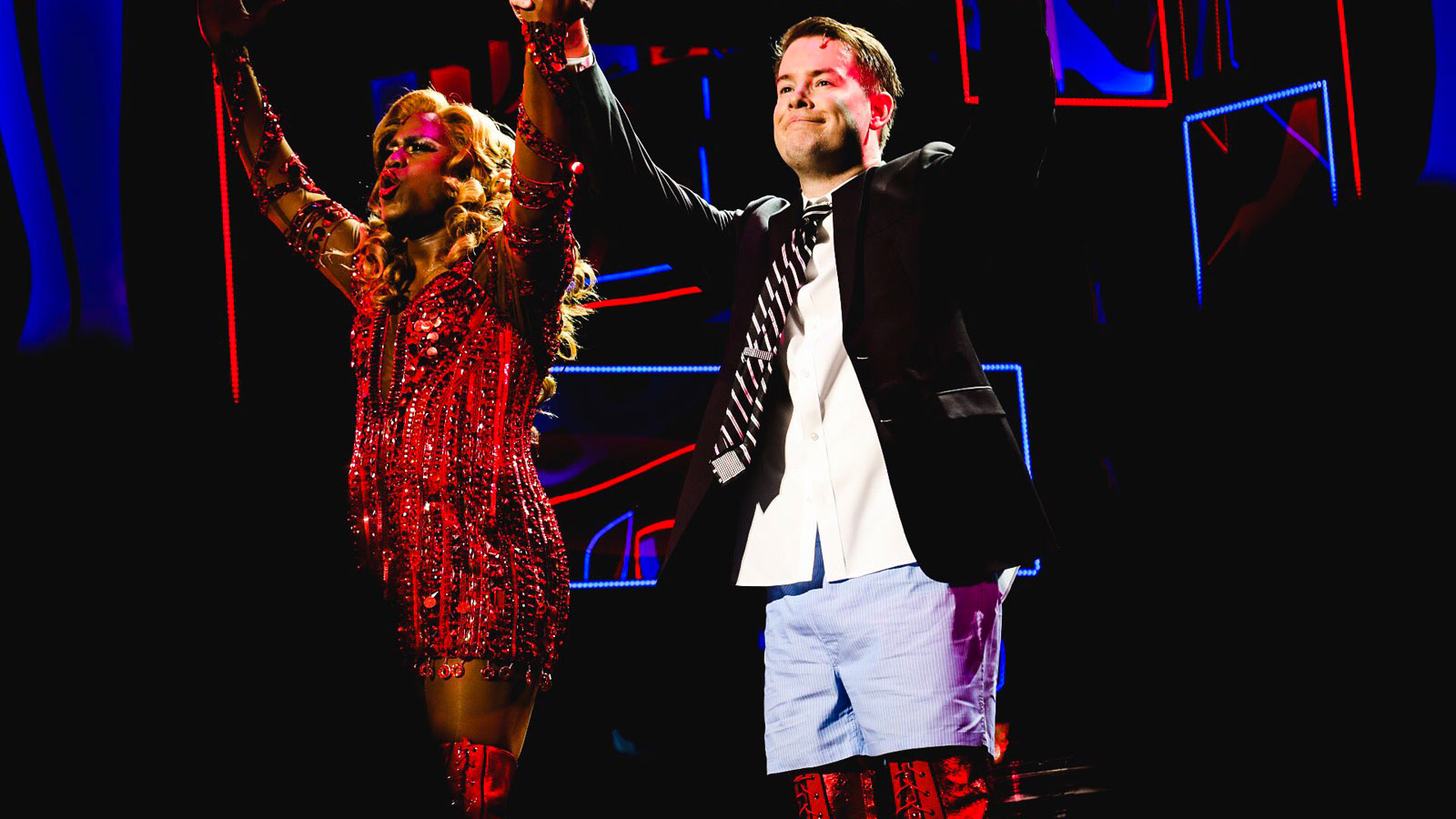 David stepped into the role of Charlie Price in the Tony Award-winning musical Kinky Boots on April 3 to a sold-out Al Hirschfeld Theatre, where he’ll be for a limited run through May 5.

Cook, who released a new EP Chromance earlier in the year, took to social media to share his feelings about his opening night …

Such an amazing, surreal experience! Thank you to everyone in the audience, the cast and crew, and all you social media folks for the kindness!

And went on to joke …

My only complaint is that Mr. Wayne Brady out-dressed me. Again. I can’t be sure, but I think he did it on purpose.

Go to kinkybootsthemusical.com for tickets and info!