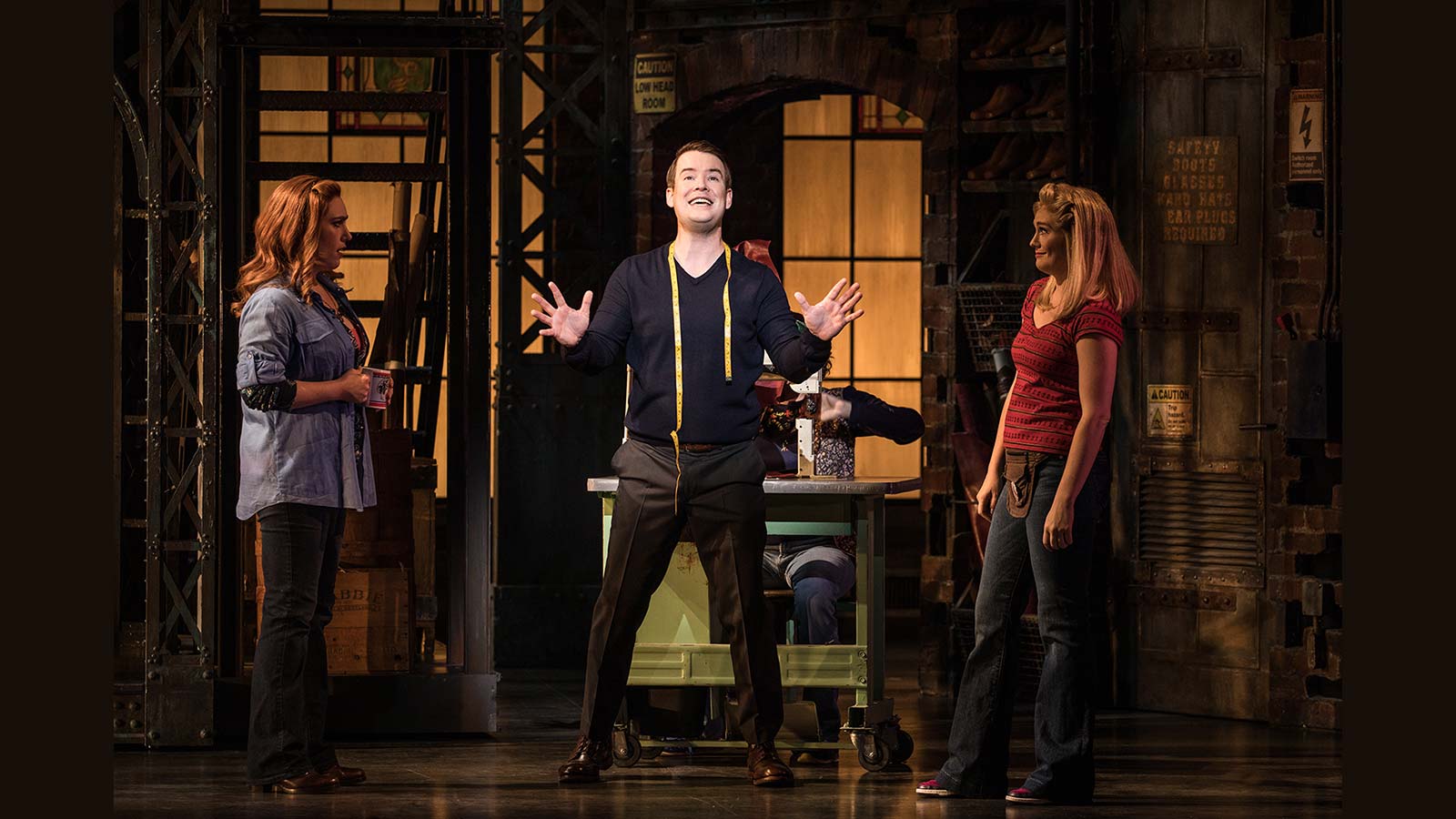 by Josh Ferri for BroadwayBox.com

David Cook became a household name in 2008 when he won the seventh season of the iconic reality competition American Idol. The singer-songwriter went on to release three studio albums after Idol and a 2018 EP Chromance. This year, he also made his Broadway debut as shoe factory heir Charlie Price in the Tony Award-winning musical Kinky Boots. He headlined the musical from April to May and then returned to the production in July. His final performance is September 9, and you don’t want to miss how incredible his voice sounds on that Cyndi Lauper score.

BroadwayBox caught up with David to talk about his experience with Kinky Boots, his upcoming acoustic tour, and the best sushi in Nashville.

1. How is this run as Charlie Price different than the first time in Kinky Boots?
I think the most obvious is that the first time I was starting effectively from “step one”. I really started from the beginning, figuring out my voice within Charlie and where I can get Charlie to sit. This time, I was starting with more of a base, and what I love about that is that it’s allowed me to find new things and nuances with this character that either I couldn’t last time or just didn’t have the time to find last time. This time has been more challenging, in the context of just trying to find the nuance within Charlie.

2. Having gone to college on a theatre scholarship, you must have been over the moon when this offer came in. Who was the first person you called to tell them about your Broadway debut?
Well, I told my wife first, but the first person I called was my mom. It’s been a very circuitous route to this experience, and this was not one I thought I’d be fortunate enough to get for a while. It’s such a cool opportunity, and she was over the moon. She’s been [to see Kinky Boots] a few times since.

3. What’s been your most notable Kinky mishap?
There have been a few, but the one that sticks out the most is the first time my mom actually came to the show. At the end of the show, I’m supposed to dip Lauren—played by Kirstin Maldonado at the time—and I went to dip her and my boot slipped. I almost dropped her—like noticeably almost dropped her.