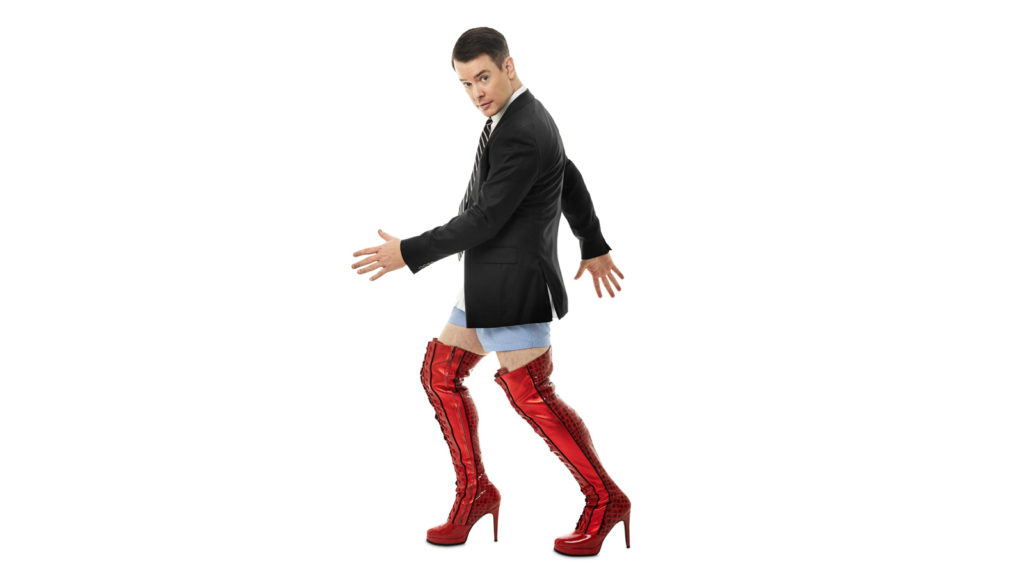 by Rob LeDonne for Billboard

Ever since David Cook was crowned champion of American Idol’s seventh season in 2008, he admits he’s “gotten a sick thrill of zigging when people think I’m supposed to zag.” And for a guitar-playing rocker like Cook, what zag could be more unexpected than taking on a Broadway role?

Cook made his Broadway debut earlier this year as Charlie Price in Kinky Boots — a part that’s proven catnip to rock frontmen looking to take the theater plunge, including Panic! at the Disco’s Brendon Urie, Scissor Sisters’ Jake Shears and Neon Trees’ Tyler Glenn — and now, he’s returning to the role from Tuesday night (July 17) to September 9 before setting out on a fall acoustic tour (launching October 25 in St. Louis).

As he prepared to lace up Charlie’s shoes again, Cook spoke to Billboard about his unlikely path to the Great White Way, learning not to overthink onstage and his dream future roles (listen up, Lin-Manuel Miranda!).

Was it always your plan to eventually return to Kinky Boots?

I had a goal when I did it the first time was to do well enough to be asked back. I was very open throughout the process, saying I was enjoying it and I’d love to do it again if the opportunity ever came up. I guess the feeling was mutual because they came back pretty quick. The cast is fantastic and it was so much fun the first time around that I’m extremely excited to return.

What made the first run so memorable for you?

I grew up playing sports and doing theater — these activities that warranted a sense of community, a sense of being a part of a team. There’s certainly aspects of that in my music career, but being a solo artist it’s more just me, myself and I. What I love about Kinky Boots more than anything is that it’s a community of artists coming together to tell this story. Also, no two shows are the same. I mean, you’re doing the same show but it always feels very fresh and very different. It’s just exciting.