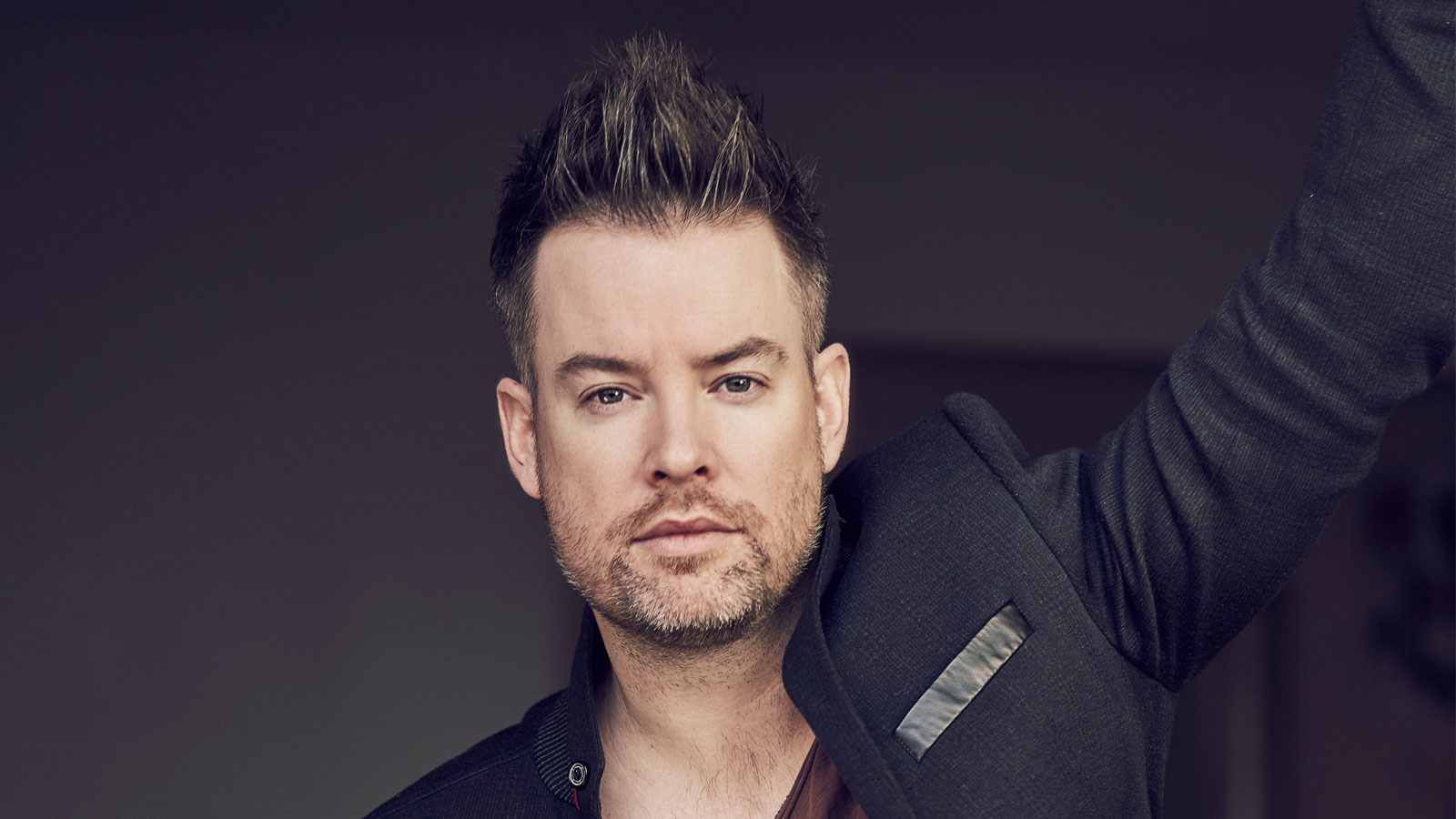 by Grant Walters for Albumism

“Gimme Heartbreak” the first single from David Cook’s recently-dropped EP Chromance, jumpstarts with stuttering synths and percussive claps, building momentum with a subtle electric guitar chug and layers of keys until it erupts into a fountain of drum thumps and his unmistakably big voice on the chorus.

The season seven winner of American Idol has tinkered with electronica before, albeit melted atop his more typical alt-rock roots on his last studio album, 2015’s Digital Vein. As he settled into the studio to start work on a new project, he made a calculated move to dig in a bit deeper.

“I think after the last record, Digital Vein, I felt like I needed a new challenge,” Cook explains during my recent conversation with him. “I didn’t want to get to the point where my records felt like paint-by-number. And I was thinking ‘okay, how can I attack that? What are some things I could do?’ At the time, I was kind of orbiting around the first Halsey record, Badlands, and I love some of the textures on [it]. I loved how dark that record is. At the same time, listening to Howard Stern [laughs], I found this artist Aurora and a song called ‘Running with the Wolves.’ It kind of fell into the same vein, a dark pop song.”

Although Chromance’s ambient landscape pays homage to those moodier inspirations, it doesn’t go so far as to obfuscate Cook’s melodic sensibilities, nor does it constrain his stadium-sized vocals. Instead, it adds new colors to his palette without jettisoning the approach that has helped to build his musical career over the past couple of decades.

In fact, Cook may be making an even bigger gamble this spring as he trades in his six-string for stilettos in the principal role of Charlie Price in Kinky Boots on Broadway, playing opposite actor Wayne Brady and Pentatonix vocalist Kirstin Maldonado starting on April 3rd at the Al Hirschfield Theatre.

Meanwhile, Cook released Chromance’s second single “Ghost Magnetic” on March 1st, a haunting ballad that effectively showcases his penetrating tenor. After his Kinky Boots run ends on May 5th, he’s scheduled to appear in Washington, D.C. at Race for Hope-DC.

Grant Walters: You’ve discussed that Chromance is effectively a bookend on the first part of your music career. Tell me how you committed to this new sonic direction you wanted to pursue once you got in the studio to record.

David Cook: I sat down and just tried throwing stuff against the wall to see if anything stuck, kind of free writing. I started to look at the guitar a little differently. I’d always grown up on rock bands, and so the guitar was always the instrument. So I thought, ‘what if it were just an instrument? Just a piece of the puzzle?’

I think that just kind of immediately opened the door for me. Not long after I made that decision, I went into a writing session and knocked out “Gimme Heartbreak” in about an hour. So, we were off to the races and the record came together rather quickly after that. And then it was a matter of getting in the studio and really getting nit-picky about what sounds we wanted to use to tell the story.

GW: When you were ready to start exploring those sounds, was it you spending a lot of time independently experimenting on synths, or was it a collaborative process?

DC: Some of it was just me sitting at home in my studio and noodling around with a lot of synth sounds, or saying ‘you know, I’ve got this guitar part. Maybe it’d sound good on a Wurlitzer, or maybe it’d sound good on a Rhodes.’ And literally just doing that, trial and error, trial and error, trial and error. The guy that engineered this EP, Andy Skib, who also engineered Digital Vein, was in my band for a long time—we were in a band together before Idol. So we kind of have this shorthand communication, and so I was able to go to him and say ‘alright, I can’t figure out how to get this sound, but this is kind of what I’m hearing.’

He and I have that line of communication open where he understood what I was saying and was able to help me get there. Andy’s been a huge part of my music career over the last decade, certainly, but especially these last two records. He’s helped me reach my creative vision a lot.