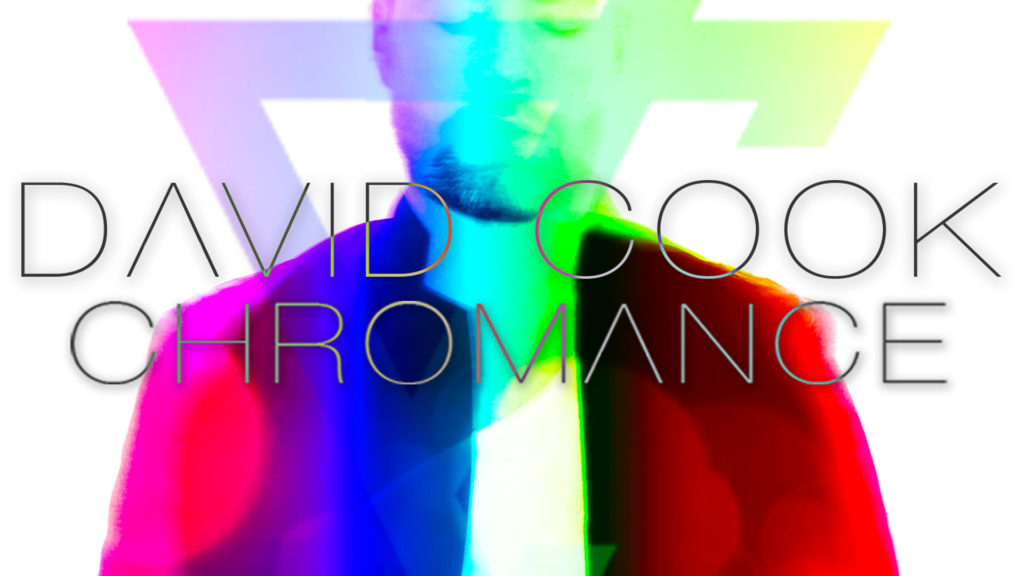 David Cook, winner of the 7th season of American Idol, is releasing his newest album, Chromance. This new album promises to be a fan favorite, with a new edge added to his music, but bringing the classic David Cook style. With the album releasing February 16, David sat with us and spoke about the new album and his upcoming tour.

You can stay up-to-date on his Facebook page, or go to Pledge Music to pre-order his new album and get exclusive updates on the album.

Side Stage Magazine: Hi! How are you?
David Cook: I’m good, yourself?

Good. Thanks for taking time to interview today.
Absolutely! Thank you for making the time.

Of course! I saw on your Facebook that your dog just passed away. I’m so sorry about that.
Thank you very much.

Yeah. I just wanted to give my condolences, because I know that that’s like losing a family member.
Yeah. Yeah, he was a good pup.

Aww, he was cute.
Thank you.

So, you have a new album dropping in like 2 weeks, what can you tell me about that?
Chromance is due out February 16th. I’ve been working on it for the better part of a year. This new EP is kind of a new chapter for me. My last record, Digital Vein, I really consciously treated that as a bookend. I wanted that to kind of close a chapter of my music career, dating back to 2006 when I put out my first solo record before Idol. With Chromance, I wanted to incorporate new influences. I really got into cinematic pop stuff the last few years, stuff like Halsey and Halsey’s first record Badlands and an artists named Aurora. I’m really trying to take those and shoehorn them into other stuff I like, like Nine In Nails and Massive Attack, and then take all that and try to figure out my voice in that lane. The end result is an EP I’m super proud of. I really tried to take creative chances, stuff that felt really outside my comfort zone, and you know challenge myself as a songwriter and a producer.

That’s really exiting! Do you think your fans of your classic stuff with dig this new sound you’re playing with?
Fingers crossed. I feel like these songs are so much inherently me. I don’t feel like I’m reinventing my wheel or anything. But I think it’s just a little more current, a littlest more of a musical challenge. I’m hoping that, as with any record, the fans will recognize that and get into that. The songs are strong, so hopefully the audience agrees.